You are here: Home / Give Hope / Fundraise / Search with Hope

Give your mouse a heart! Raise funds for children with eye cancer, just by searching the web!

Every time you search the web, you generate cash for the search engine’s owner.  Everyclick donates 50% of its revenue to charity. Full search results are powered by Yahoo!, and a rigorously applied filter ensures only family-friendly search results. Wherever you are in the world, you can select Everyclick as your search engine, and there’s no cost to you or us. 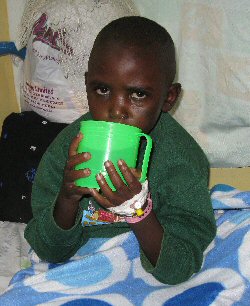 How Much Money Can Everyclick Raise For WE C Hope?

If just 10% of UK based internet searches used Everyclick, the website would raise more than £211,000 for charity every day – over £77million per year!

Companies such as The London Stock Exchange, Cadbury and AXA Fund Managers use Everyclick in their Corporate Social Responsibility programs.

Set Up Search with Hope Now With Just Two Clicks!

The easiest way to do this is to add Search with Hope (everyclick.com) to your browser’s search engine bar. Below are the instructions for Firefox and Internet Explorer.

Now whenever you carry out your web research with Search with Hope, you will generate funds to help children with retinoblastoma around the world!