You are here: Home1 / kenya2 / Our Partnership History

Our History – WE C Hope in Kenya

Our Kenya partnership was inspired by two brave girls from opposite ends of the world. 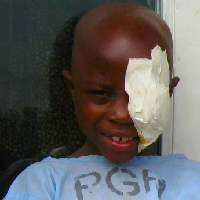 On September 29, 2004, Abby White, a retinoblastoma survivor and friend of Daisy’s family, received an email from a mother in Botswana whose two-year-old daughter had the same cancer.  By coincidence, September 29th is also the Feast of St Michael, Patron Saint of Sick Children, often celebrated with wreathes of Michaelmas Daisies.

Daisy’s Eye Cancer Fund was established in England and Canada to raise funds for Rati’s care.

Beyond One Child – a Vision for Africa

Rati responded very well to therapy for a year, but the gift of expert care came to late for her and the cancer returned. She died on 21 August, 2006.

Multiple opportunities to save Rati’s life in Africa were missed. Brenda and Abby felt challenged by her to improve care for other children who suffer so greatly.

Abby’s father was born in Kitale and diagnosed with retinoblastoma in both eyes in 1946 Nairobi. Abby’s connections with Kenya and love for our people created a vision that has evolved into a unique partnership.

In November 2006, Brenda and Abby flew to Kenya to explore how they might begin to answer Rati’s Challenge.  This visit led to the launch of the Kenyan National Retinoblastoma Strategy, a model for effective care of children with eye cancer in developing countries.

Daisy’s Eye Cancer Fund was founded in Kenya in September 2007, and the organization received NGO status in March 2008 – Kenya’s very first charity focused on children with cancer.  Over the next seven years, Daisy Fund developed awareness, medical care and family support programs to advance care and quality of life for children and families.

Hope for All Children with Cancer

As our programs evolved, members of the National Strategy Group began exploring ways of transferring the success achieved in retinoblastoma care to benefit children with other types of cancer. The Kenya Childhood Cancer Trust was established in 2015

In September 2015, Daisy’s Eye Cancer Fund deregistered. Its staff and programs became part of the Kenya Childhood Cancer Trust. The KeCCT and World Eye Cancer Hope share the vision of best care for all children, and KeCCT builds on our success, holding a broader mandate of best care for children with all types of cancer.

Daisy and Rati never met. Yet the twining of their lives created a beautiful planting of seeds that are now blooming into hope for thousands of children, families and adult survivors across Africa.