Celebrating a visionary’s gift to the retinoblastoma world.

On Friday 21st October, a Free Paper Session on retinoblastoma at the World Congress of the International Society of Paediatric Oncology.  The session was hosted in memoriam of Alfred G. Knudson, Jr., MD, PhD.  Knudson developed his “two-hit hypothesis” after years of observing children with retinoblastoma, and this now forms the backbone of cancer genetics.

At this point in our account of special memorail session, let’s step away from the congress for a moment to recap Knudson’s immense insight and contribution to retinoblastoma genetics, and cancer science in general.

Knudson noticed that most children with the inherited form of retinoblastoma usually developed multiple tumours in both eyes, at a very early age.  He also noted that children with retinoblastoma and no family history who went on to have children free from cancer, tended to develop one tumour in one eye, at an older age.

From these observations, Knudson proposed that in hereditary retinoblastoma, one copy of the initiating gene (which we now know to be RB1) is already mutated in egg or sperm cells, so that mutation is copied into every cell as the baby develops.  Only one mutation then needs to happen in any retinal cell for the cancer to form, explaining why children with heritable retinoblastoma usually develop multiple tumours in both yes at an early age.

Knudson also hypothesised that children who don’t have heritable retinoblastoma are born with two normal copies of the initiating gene.  As two separate events must occur for both copies of the gene to become damaged in a single cell, these children develop one tumour in one eye at an older age.

Knudson’s hypothesis, published in 1971, has since been confirmed by retinoblastoma genetics research teams around the world.  The path he laid out with retinoblastoma has fundamentally impacted understanding of how other cancers form, how it might be treated and even prevented in the future. 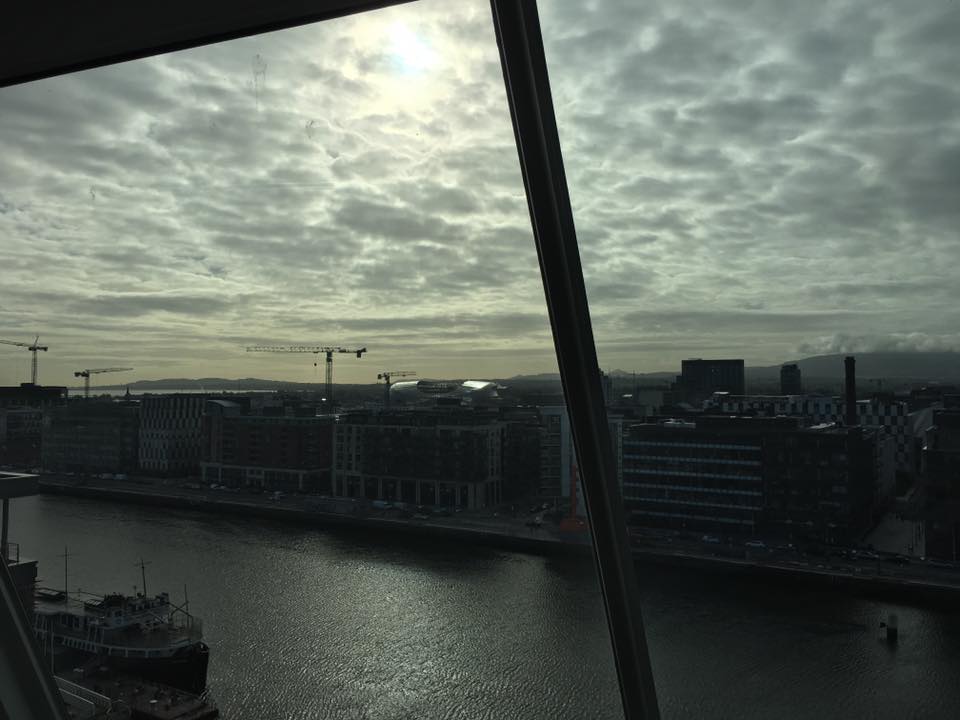 Like the gifts of scientific insight and ever advancing care for children with cancer, sunlight radiates through autumn storm clouds across Dublin, seen from the Convention Centre during the SIOP 2016 World Congress.

So it was fitting that the first presentation in this special Memoriam Session should be an update of the TNM staging For retinoblastoma – the first ever AJCC Cancer Staging system to include coding for heritability (TNMH).

TNM staging systems are developed, updated, and monitored for accurate use by the American Joint Commission on Cancer and the Union for International Cancer Control (AJCC/UICC).  Each type of cancer has unique features to determine TNM classification.  TNM stands for Tumour, Nodes, Metastasis.  Staging includes both clinical (cTNM) and pathological (pTNM) findings.  In retinoblastoma, staging predicts potential for eye salvage, metastasis and cure. 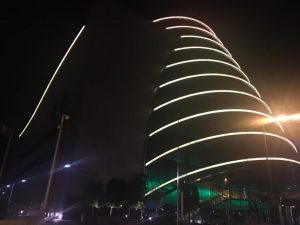 TNM Version 8 is the first update since 2010.  Prof. Brenda Gallie (Toronto) described how the update was guided by study of data gathered through an international survey.  17 Centres in 13 countries provided data on staging of 2,293 children (3,500 eyes) diagnosed between 2001 and 2011.  Analysis was made of the 8 different systems used among these children (5 specific to the eye, 3 systemic) and their effectiveness in predicting successful treatment (success defined as eye salvage or avoidance of radiotherapy), metastasis, and the child’s survival.  Evidence gained from the analysis informed updates to the 8th edition AJCC TNM for Retinoblastoma that will enhance prediction of treatment outcomes and cure.

We will shortly update our website to reflect details of the latest TNM update, and we’ll share a blog post when we do this, to let you know about the change.

Advancing Care for Every Child

Correct staging is vital to guide treatment decisions, and nowhere are these decisions more critical than for a child whose cancer fills their eye, where risk to their life is high.  Guillermo Chantada (Argentina), Marie-Louise Choucair (France) and Jessie Berry (USA) led our focus on the study of clinical features that signify risk, and treatment for children with high risk cancer.

We considered the importance of multi-centre international research in gathering evidence, and high potential for this to be done in lower and middle income countries.  We explored the importance of imaging scans to inform accurate staging at diagnosis, the crucial need for experienced surgeons to ensure tumor-free resection margin when children have advanced retinoblastoma.

We discussed the value of giving chemotherapy before eye removal surgery when a child has high risk retinoblastoma, and the implications for pathological assessment of the eye after surgery.  Finally, we discussed the vital need for common sense decision making that puts each child at the centre of care to ensure the very best outcome.

Retinoblastoma always receives limited space in the SIOP program as it is generally uncommon among childhood cancers.  However, combining One Retinoblastoma World with this annual meeting ensures a high quality holistic focus on care of children with eye cancer throughout the week.  Ophthalmologists who treat retinoblastoma are also beginning to engage with SIOP’s comprehensive paediatric oncology program. 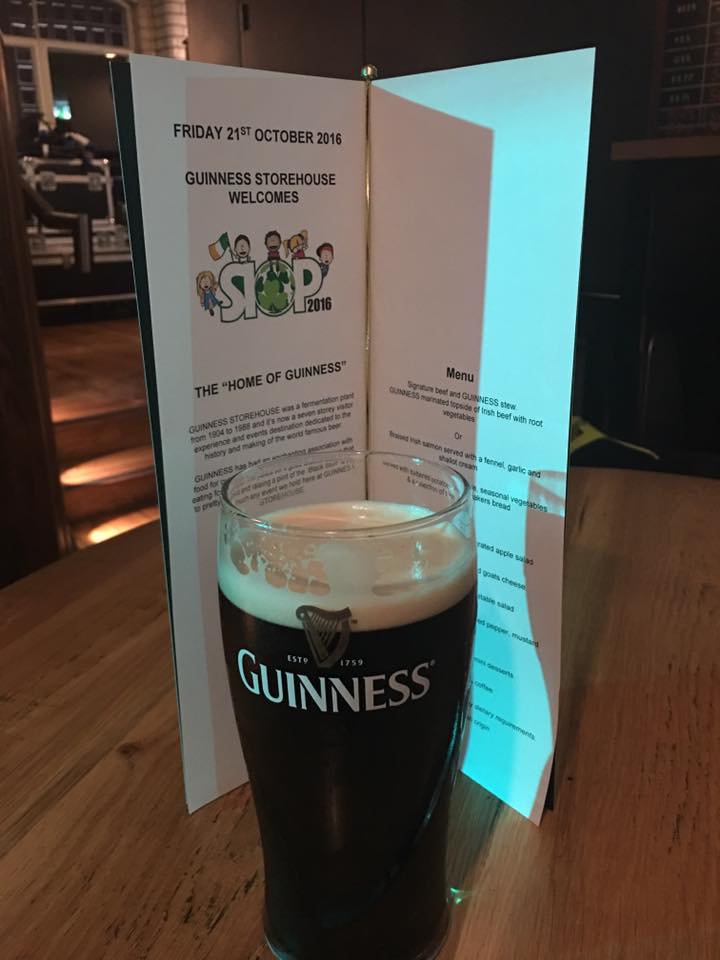 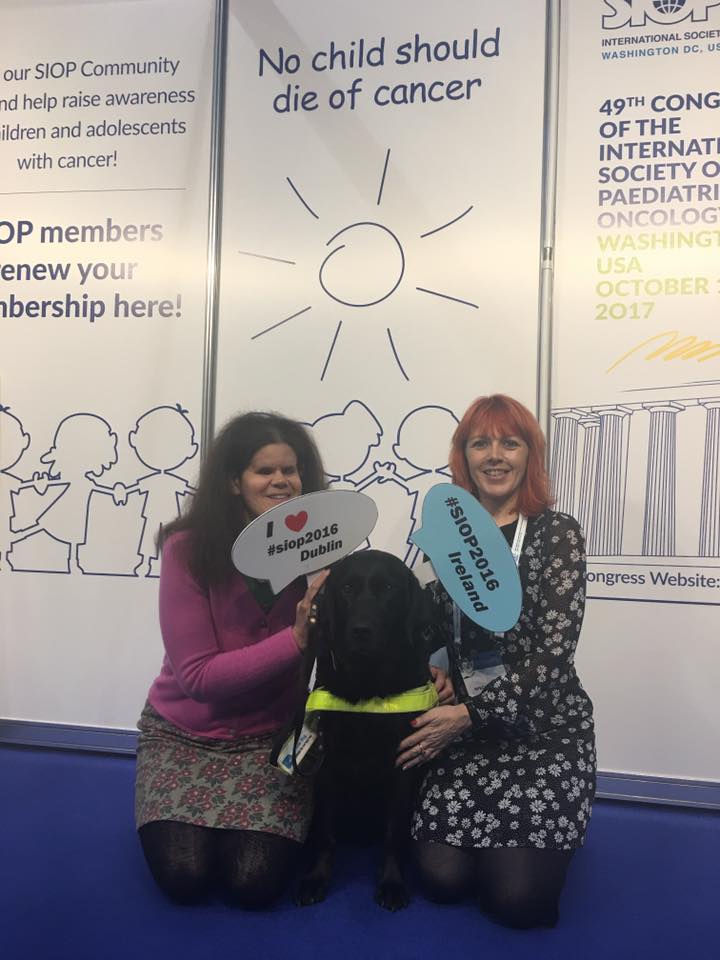 We look forward with optimism to the 2017 SIOP World Congress and One Retinoblastoma World meeting in Washington D.C.  We hope you will consider joining us there, and we look forward to sharing the experience with you.  Please save the dates!

We will update as details become available through the new year.