For many individuals diagnosed with retinoblastoma, sight-loss means braille is the primary means of reading and writing. In celebration of World Braille Day on Friday January 4th, Rb survivor Ffion Miles introduces us to a very special relationship she has with six tiny dots, and the marvellous adventures they’ve shared together. 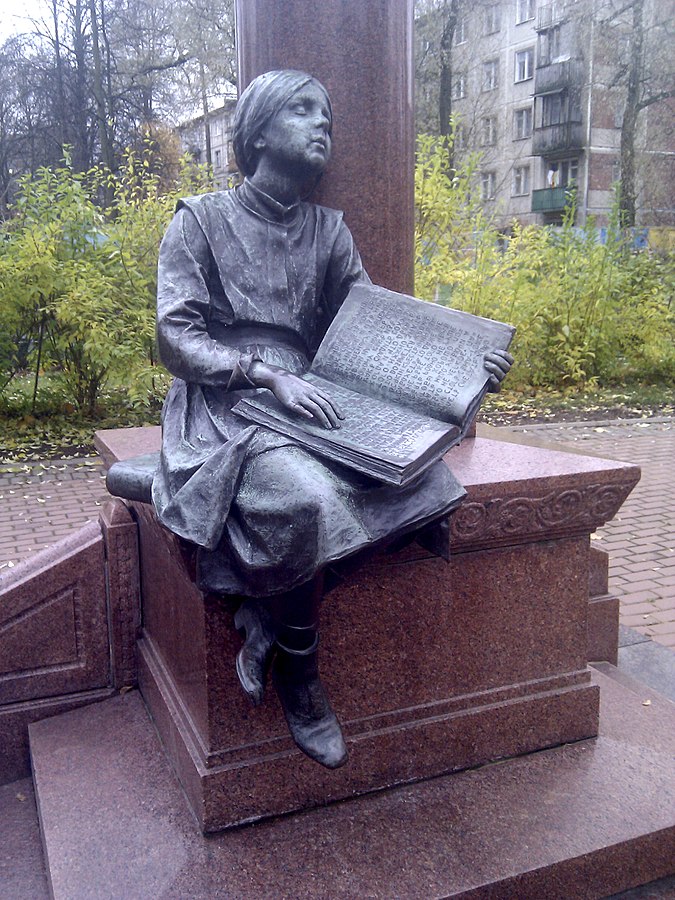 “Blind Girl Reading” – part of the monument devoted to Konstantin Konstantinovich Grot, in the grounds of the Grot School for Blind Children in St Petersburg, Russia.

Braille, the parent – me, the child.

That sums up my relationship with those six little dots.  Usually fun, sometimes frustrating – but always necessary.

An absentee father until I was five, yes – but one who soon stamped his authority on the battle of reading simple tales in large black letters, held just inches from my radiotherapy-ravaged ‘good’ eye.

At six, I was reluctant to be whisked away from my mainstream school friends two mornings a week to enter the world of the special school, where chairs had wheels, classrooms contained beds – and I would learn to read with my fingers.

In no time, those six strange dots became letters and the letters became words – and I fell head-over-heels into the world of giant peaches, mad hatters and four wayward children and their curious dog Timmy.

And it turned out that other people in the school read like that too.

I also gained the delicious knowledge of defying the nightly call of ‘lights out’, by slipping my book under the covers and continuing my clandestine journey through Anne of Green Gables’ adventures.

I clattered out the creations of my own imagination on the Perkins Brailler, scribbling out my imperfections with the fat little eraser.

As I grew, so the books grew with me – quite literally.  The Little Women’s trials took five green jacketed volumes.  The enlightening teenage romance of Judy Bloom’s Forever took seven tomes – and as for Lord of the Rings…  I can only pity the postman. 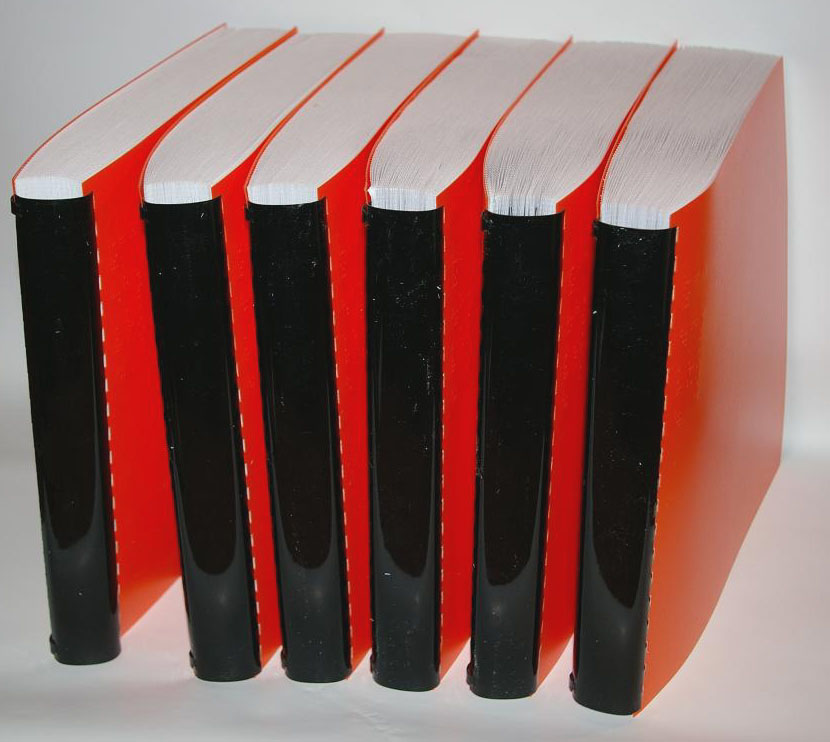 Six volumes of the Lord of the Rings braille edition – just a portion of the entire book.

Then I became a teenager – bring on the rebellious streak!

I stuck my hands in my pockets, getting my fiction fix through my Walkman.

I tapped out essays on my laptop.

I battled through university text books under my CCTV.

Father Braille was behind the times.  Be weeks late to the latest Harry Potter book bash?  No way.

But he was patient, knowing I’d never be too old to need his help.

“I’ve got five questions I need you to ask Justin Bieber – can you jot ‘em down?”

Agh! How to survive as a BBC researcher on the move without paper and pencil?

The perfect way to subtly remind my distracted brain of questions without glancing down while interviewing an international popstar.

Holding a piece of paper with giant print up to my eye just wouldn’t have been so smooth. 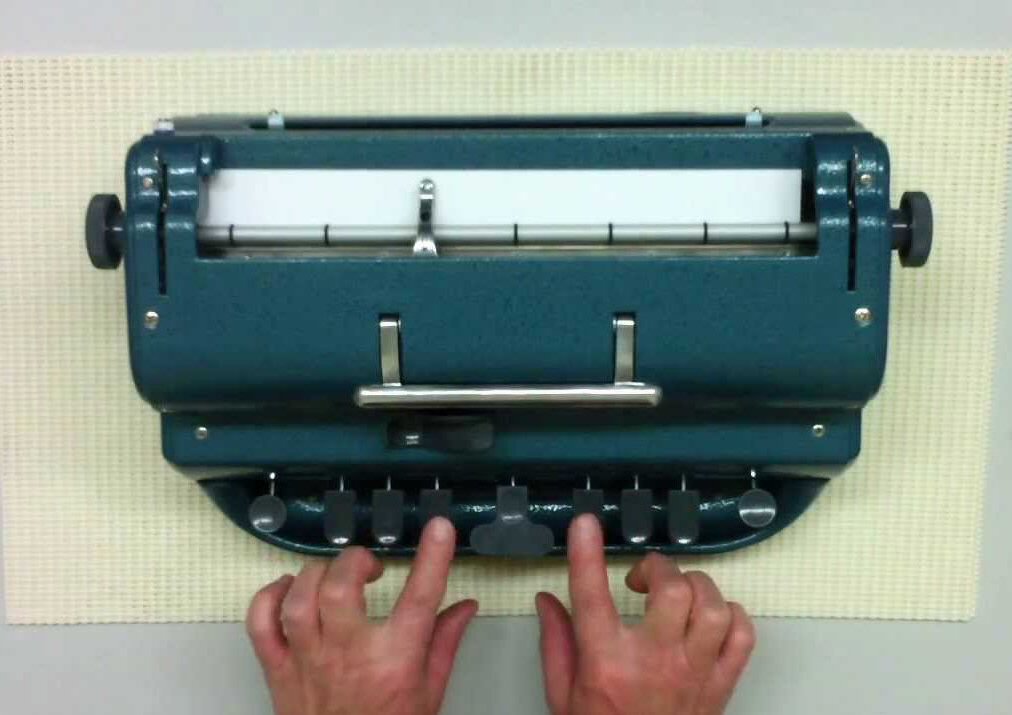 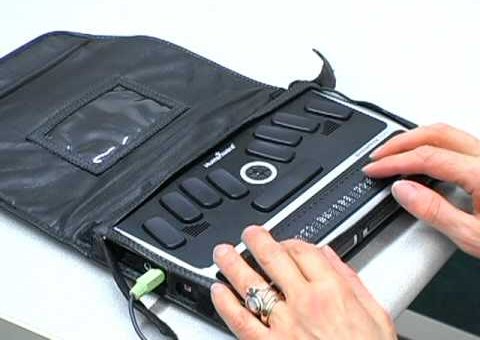 Progress of braille technology from the Perkins Brailler to the digital braille notetaker featuring refreshable braille reader panel and compatibility with other devices.

And what an advantage in choir.

“No staring down at your copies, please – eyes on me while I’m conducting.”

No problem, I think, my hand at my hip, surreptitiously reminding myself of the lyrics I’d been too lazy to learn, my head held high.  And I’ve created my own braille music too.

And if I’m feeling creative, I can curl up and write, without the constant babble of disembodied electronic voices in my ear. It’s sometimes nice to be silent.

It’s just that now with a notetaker, I can slip my stories into my Mulberry, rather than needing a hefty rucksack for Perkins and paper.

So, it just goes to show. You never stop needing your parents – and I never stopped needing Braille.

Ffion Miles studied at a mainstream Welsh language school and gained a degree in Law from the University of Aberystwyth. She worked as a researcher at the BBC for many years, before taking on the role of Bilingual Communications Officer for the Stroke Association in Wales. She also volunteered with RNIB Connect in Cardiff, offering support to other vision impaired people of working age. 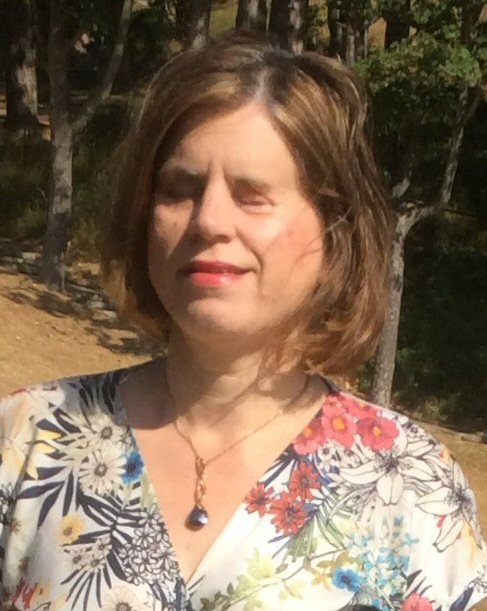 Ffion was treated for bilateral Rb as an infant, as well as osteosarcoma as a teenager and a further sarcoma as an adult.  She died on January 17 2021, aged 45, and is very much missed.