Our CEO, Abby White, reflects on the life of one little girl whose tortured retinoblastoma journey planted the seeds of hope for so many children around the world.

Eleven years ago today, a precious little girl was born into this world, bringing great joy to her parents and three sisters.  Her name means love, and her heart knew no boundaries.

When she was five months old, her parents noticed her eye glowed white in the early morning and late evening.  They took her to the local hospital, where doctors reassured them she was fine.

Unconvinced, her parents continued to ask questions.  Four months later, they learned their beautiful daughter had unilateral retinoblastoma and that her eye must be removed urgently to save her life.

Sadly not.  Rati was born in Botswana.  Her parents took her to South Africa for the diagnosis, but could not afford treatment there.  Surgery was finally done two months later, when she was 11 months old.  Though South African doctors recommended post-surgery chemotherapy, and drugs were available in Botswana, her local doctors concluded surgery alone had cured her.  She was discharged from their care two months after surgery, after just one follow up appointment.  She did not receive an artificial eye.

Nineteen months later, Rati developed a growth in her enucleated socket.  Doctors told her parents the cancer had returned and there was no hope for cure.  Not willing to accept this, they turned to the internet for help.

At that time, I had a personal website providing links and basic information for families affected by Rb.  On September 29th 2004, I received an email from Rati’s mother through the feedback form.  She asked only for information, advice and prayer.  I responded with the contact details of a doctor in Zimbabwe who I knew had experience in caring for children with Rb, but I didn’t feel I could say I was praying if I did not also try to help – otherwise what exactly was I praying for?

I began cold-calling centers around the world to see if anyone could help.

Memorial Sloan Kettering Cancer Center in NYC and SickKids in Toronto were the only two centers to respond offering treatment.  MSKCC requested $360,000 before they could accept her for treatment, so that option was quickly eliminated.  SickKids offered to help, if we could get Rati to Canada.

Daisy Lloyd had recently returned to England after treatment at SickKids.  Her parents pledged help from The Daisy fund, which had been set up to fundraise for Daisy, to fund the flights and part of the $25,000 initial payment requested by the hospital. This gift led to the foundation of Daisy’s Eye Cancer Fund.  Three weeks after the first email, I walked into SickKids with Rati and her mother, Salome.

Rati received a new eye during her first week in Toronto.  She was enthralled and delighted by it.  She had 6 rounds of VEC chemo, five weeks of radiotherapy (which she completed with no sedation, thanks to a wonderful child life specialist named Morgan), and weekly chemo injected directly into her cerebrospinal fluid. In March 2005, after nearly six months of determined work, I secured donated flights from South African Airways for Rati’s father and three sisters to join her in Toronto.  I met them in New York and Angel Flight NE flew us up to Toronto, four days before Rati’s 3rd birthday.  The process was long and very hard, but so worthwhile.

I don’t know how the walls of the Ronald McDonald House kitchen didn’t burst apart to accommodate the joy of that reunion.  Salome and Rati had no idea their family were coming.  Salome clasped all her girls tight and shared a long lingering hug with John.  Rati, who had been asleep when Salome took her to the kitchen, sat on the sofa in the family area for a full minute, staring at the scene before her.  I think she thought she was still dreaming.  She didn’t know who to hug first, but her sisters surrounded her with hugs and kisses.  There was so much joy in those precious moments of a divided family becoming one again.  None of us had dry eyes. 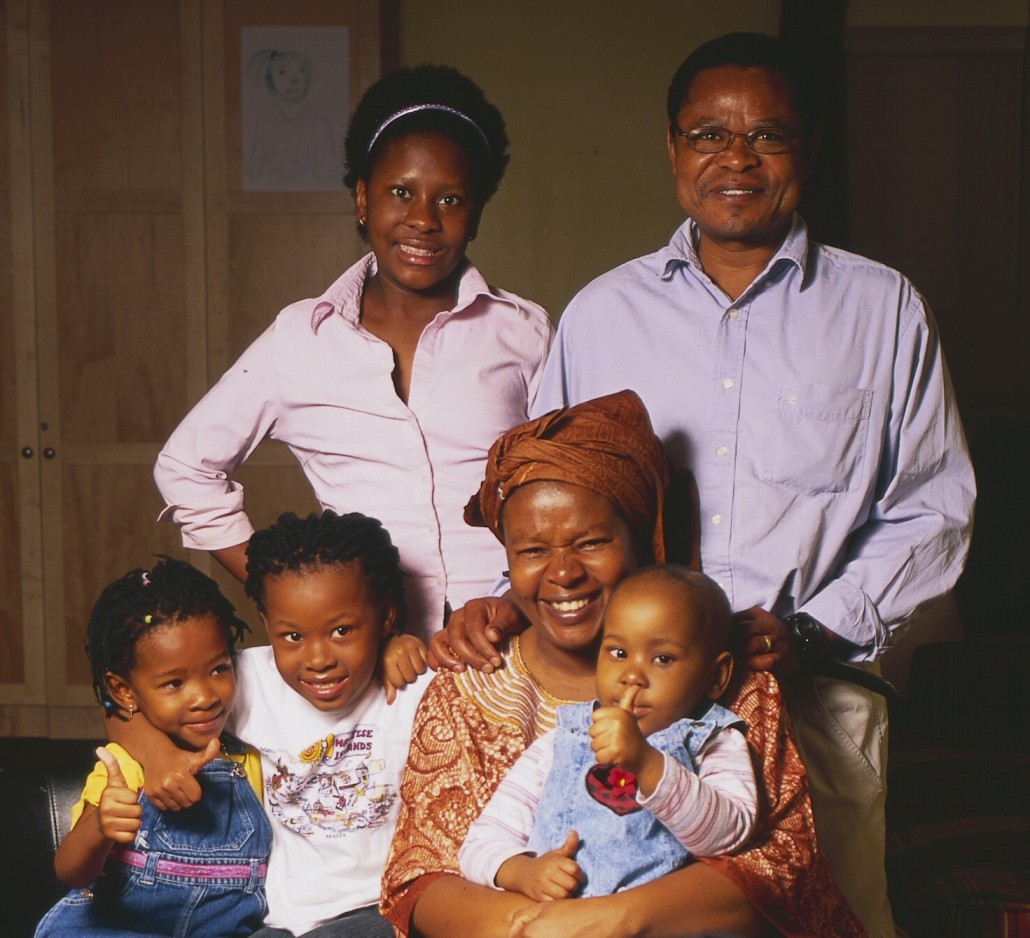 Rati and her Family

Three weeks later, in April 2005, Rati sailed through a bone marrow transplant.  She was doing very well and we had so much hope for her future.

We were planning Rati’s return to Botswana in April 2006 when, at the end of January, I received a 1am call from Dr. Gallie.  The late hour told me the news was bad – the cancer had returned after a year in remission, invading the lining of Rati’s brain.  Cure was no longer possible.  We were all devastated.

We continued to care for Rati and her family, creating special memories with a weekend at Niagara Falls and Make a Wish trip to Disney World.  We celebrated her 4th birthday with a meal at the Ethiopian House – the very first place Rati had eaten out during her first week in Toronto in 2004.  More than 40 people attended, including friends and staff from the RMH, SickKids medical team and international patient office.  Rati had a way of brining people together!

Rati slipped out of this world on Monday 21 August 2006, finally healed completely in God’s loving arms.

Dr. Gallie and I talked frequently during Rati’s treatment about the challenges of bringing a child to another country for treatment.  The cost and logistics make this very difficult.  So many people donated toys for Rati, the pile became ridiculous, but raising funds for her treatment was a painfully hard process.  Many people assumed the hospital would pay for everything, or some magic fund would cover the cost.  Sadly this is not the reality, and for every child we know about like Rati who is able to reach expert care in a developed country, there are thousands who have no chance.

Multiple opportunities to save Rati’s life in Africa were missed.  She challenged us to tackle those issues that caused her to die.  In November 2006, Dr. Gallie joined me in Kenya for a week to investigate the possibilities.  My father was born in Kenya, and diagnosed with bilateral Rb in Nairobi in 1946.  Kenya seemed a good place to begin.  We visited a family in their very rural village whose child had Rb, and doctors at Nyanza Provincial Hospital.  We ran a simple community awareness event, inviting the public to a free meal following a presentation about Rb, at which several affected families shared their story.  The meal was prepared by women from the Credit Union Co-operative I helped to establish in 1998, while working in Kisumu during a gap year between undergrad and postgrad studies.

Following the success of that visit, we returned for a month in November 2007. visiting every major hospital in the country (public, mission and private) that treats retinoblastoma.  The Kenya National Retinoblastoma Strategy emerged from that visit, and was officially launched in September 2008.  Read about the Kenya program.

We hope the Kenya program can become a model for a national approach to the care of children with retinoblastoma, not only in countries challenged by endemic poverty and limited resources, but also in wealthy countries where collaboration can dramatically improve systematic awareness, delivery of evidence based care and family support.

World Eye Cancer Hope began with the funding of international care for one child.  As we continue to help other families, I am regularly challenged by their needs as we cannot fund individual children.  Our income for international work is very limited and we must focus on programs that can make a lasting positive impact for many children.  Yet the child in front of me needs care now and cannot wait.  The emotional burden of knowing those children’s needs and not being able to meet them is very tough.

I also struggle with the outcome for other children who travel internationally for care.  Many do very well, their treatment life saving, sometimes sight saving.  But many return home with no follow up care, having invested everything in the initial treatment.  Fundraising for active treatment is like swimming through treacle.  Fundraising for follow up care is akin to banging your head against a jagged stone.  So the child returns home after eye saving treatment, at the mercy of chance – if the cancer relapses and there is no follow up care…  Even if there is follow up care, the family is often so convinced the eye can be saved, enucleation is refused until it is too late to cure the child.

Often the family finds us at this time, begging for help to save their child who has massive advanced cancer, and I must explain there is no hope of cure.  Already this year I have seen two children die due to lack of follow up after international eye-saving therapy.

I wonder how Rati would have fared, had she not relapsed, and returned to Botswana.  I’d like to think the careful planning with Princess Marina Hospital in Gaborone would have paid off, that she’d have received consistent follow up care, but experience tells me that is the exception, not the norm.

Sometimes, when I receive a desperate email from a new family, and the graphic photo tells me there is no hope of cure, I wish I had never responded to Salome’s first email.  Explaining the reality to that new family rips out my heart every time. The challenge is even greater when the child is diagnosed early, but geography and poverty dictate that child’s outcome even before treatment begins.  No local expertise; no funds to travel internationally; funds for initial care but no follow up.  The child diagnosed at 3 weeks old with bilateral Rb ends up dying age 10 due to undiagnosed relapse after years of bankrupting treatment in a developed country – the whole family devastated and pushed only further into poverty.

When I feel burned out and wish I could simply close my eyes to this reality, I look at the photo of Rati beside my computer.  I remember the joy of her family reunion in Toronto.  I recall the sound of her sweet laughter.  I picture her jumping in the waves at sunset on Ana Maria Island, and I remember the feel of my arms wrapped around her as we sat in the white rocking chair on our villa’s patio at Give Kids The World.  She was my child.  She could be your child, and I know I cannot walk away.

I know it is not my responsibility to save every child I encounter who has Rb, only to stand before God, knowing in my heart that I have done all I could to make a lasting difference so that, one day soon, no child will face these traumas, and no parent or sibling will experience the agony of empty arms.

Happy birthday Rati.  Thumbs Up in your memory… 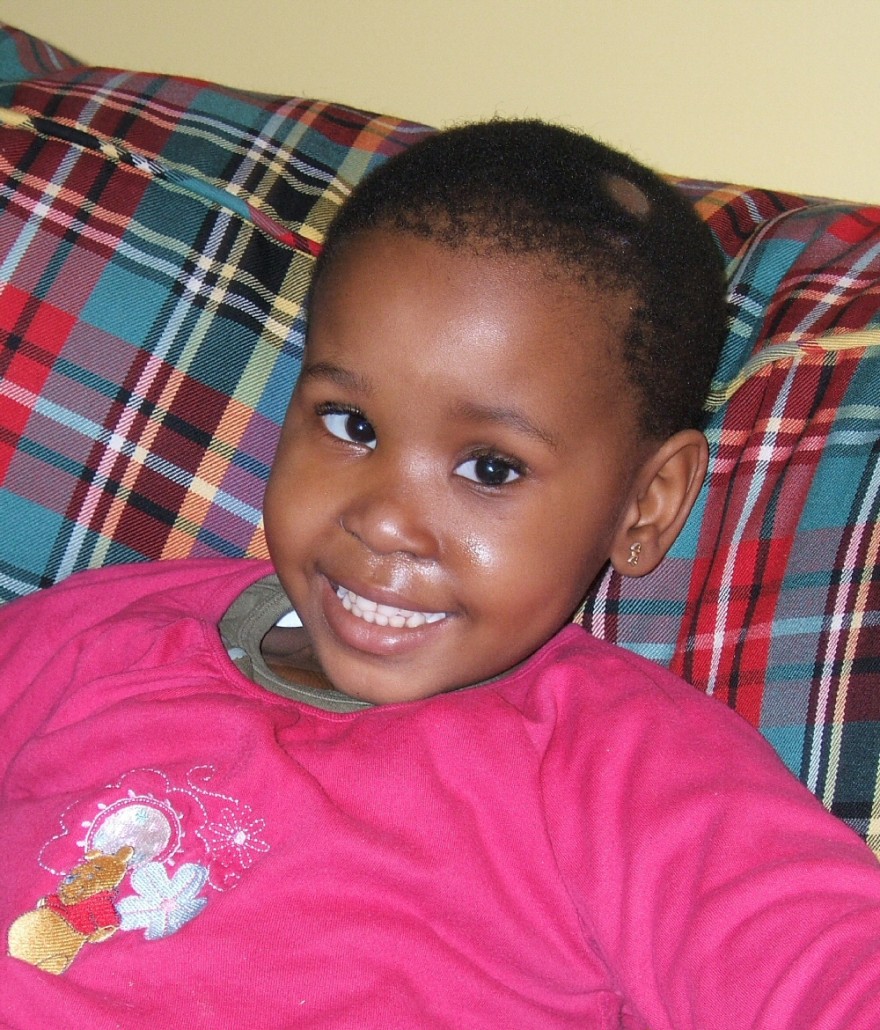 New Form of Non-Heritable Retinoblastoma Discovered With NO RB1 Mutation

Walking Through The Fire
Scroll to top
Translate »