You are here: Home1 / Awareness2 / “We Are One” Against Childhood Cancer, Sing 1M+ Children!

“We Are One” Against Childhood Cancer – 1M+ Children Sing Together!

Last month, Disney’s Frozen composer Christophe Beck teamed up with the global childhood cancer community to raise childhood cancer awareness. He created We Are One and children everywhere were invited to add their voices to the song. The campaign received more than 900,000 video contributions as more than 1 million children from around the world recorded the chorus, created dances, lip-syncing videos and covers. 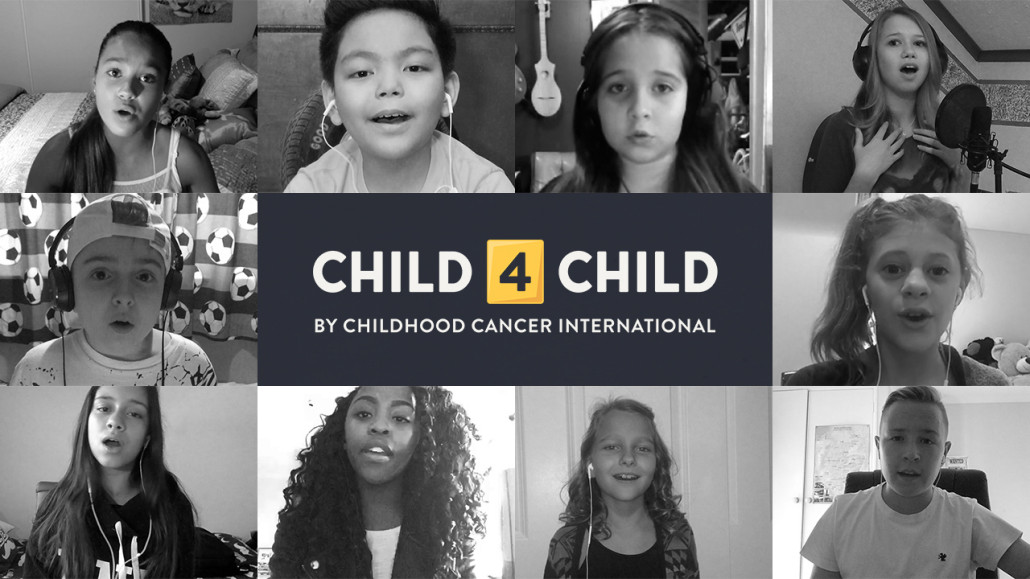 Today – International Childhood Cancer Day – We Are One is released to the world!

The campaign began five weeks ago when Childhood Cancer International launched the website child4child.com. CCI is an umbrella organization representing more than 180 parent-led childhood cancer organizations in 90 countries. Child4Child is CCI’s first global initiative in which member organizations (and our members) joined forces to raise awareness of childhood cancer around the world.

From tots to teenagers, individual children, siblings, groups of friends, kids clubs, entire school classes and choirs raised their voices in unity. The campaign became a trending topic on Musical.ly – the fastest growing app in the US – merely hours after the launch. 901,067 videos were created, generating over 369 million views.

Today, on International Childhood Cancer Day, ”We Are One” is released on digital platforms such as iTunes, Apple Music, Deezer and Spotify. The chorus is sung by a choir of more than 1 million children from all over the world. They are accompanied by young talents such as Alexa Curtis (winner of The Voice Kids Australia 2014, Livvy Stubenrauch (the voice of young Anna in Disney’s Frozen), Robbie Firmin and Asanda Jezile (Britain’s Got Talent).

An official music video will also be released on YouTube today. This is a montage of webcam and Musical.ly contributions from children around the world, together with the complete song. It was created by internationally acclaimed director Johan Söderberg – known for his work on David Bowie’s last music video, as well as videos for Beyoncé, Madonna and other superstars.

When children come together with one voice to raise awareness and show support, there is so much hope for the world. 700 children are diagnosed with cancer every day. Most are diagnosed late due to lack of awareness about childhood cancer. Many more in developing countries die without diagnosis, treatment, pain management or support of any kind. Awareness and early diagnosis makes treatment easier and dramatically improves a child’s chances of cure.

Christophe Beck, his daughter, Sophie, and all the children who raised their voices have given a beautiful gift of hope to our global childhood cancer community. Together, We Are One in the journey towards a day when no child dies or loses their sight from cancer!”

We Are One – official song and video.