Last Sunday, January 22nd, the world lost a wonderful man, and we lost a special friend whose vision and love for children helped us begin our work in Africa.

Romulus (Rom) Wandera was a man of great conviction, compassion and courage.  He was dedicated completely to serving the disadvantaged people of western Kenya and to protecting resources for future generations.

In 2005, a brief visit to Kisumu’s Nyanza Provincial Hospital sowed the first seeds of the Kenya National Retinoblastoma Strategy, but the journey to that point began seven years before, when I met Rom while volunteering with the organisation he led in western Kenya.

After graduating from university in 1998, I opted for a year out to volunteer in Kenya before returning to postgraduate studies.  I chose to work with Future in our hands (FIOH), an international movement committed to protecting the environment and advocating fair distribution of resources and wealth among all people.

So in June 1998 I met Rom for the first time.  As Director of Future in Our Hands Kenya, he co-ordinated all FIOH activities, including environmental restoration, education for disadvantaged children, community microfinance programs and lobbying for political and lifestyle change to uphold the rights of all people to a safe and prosperous future.

Rom was born in a small rural village called Buburi, close to the Ugandan border.  He moved to Kisumu to attend secondary school and eventually qualified as a primary school biology teacher.  He joined FIOH in 1985, leading an ambitious tree planting program in Buburi.  After years of reckless felling, extensive planting revived the anaemic land and it is today a shining example of environmental resuscitation.  The landscape is alive with exotic indigenous trees, providing a lush habitat for native wildlife, including several endangered species of bird.

Rom dedicated himself completely to FIOH, often working late into the night after a full day of teaching.  His deep Christian faith guided his humble life of community service.  He received no salary from FIOH but gave his hands, heart and time freely because he believed totally in the mission.  He was blessed to have a hugely supportive wife, Connie, despite a busy home filled with their own children and a number of adopted children.

Rom was as comfortable working with government officers and influential community leaders as he was teaching orphaned children and helping former prostitutes build small income generation businesses.  His easy manner, creative leadership and excellent communication skills caused him to rise quickly, and in 1988 he was elected co-ordinator of FIOH-Kenya.

FIOH encourages people to decide and achieve what is best for themselves, by equipping them with the knowledge, skills, confidence and small seed funding to move forward in life.  The FIOH approach encourages communities and individuals to work together, sharing Ideas, resources and success to build one another up out of poverty to a sustainable future.

Over 26 years with FIOH, Rom led many successfully projects.  His love for the planet led him to help schoolchildren establish environment clubs, learning about and taking steps to protect their environment.  Some of my favourite memories are from the two school field trips we led together to Kakamega, the only virgin tropical rainforest in East Africa.  Rom’s extensive knowledge of the region’s unique flora and fauna was a joy to indulge in and I learned so much from him on those adventures.

He also became an advisor on the implementation of Agenda 21 in Kenya.  Agenda 21 is an action plan for sustainable development that emerged from the 1992 UN Rio Earth Summit.  Through Agenda 21, FIOH worked with the city of Kisumu to deliver a range of initiatives, including a major environmental clean up campaign.  Rom also helped establish four successful women’s credit union co-operatives, empowering hundreds of women to gain independence by creating and leading their own businesses.

One of Rom’s greatest achievements was the foundation of a health centre serving the rural community in which he grew up.  He was very concerned about poor access to quality health care.  So when I visited Kisumu in 2005 after completing a fundraising trek in Tanzania, Rom was intrigued when I asked if we might visit the provincial hospital together, to find out what care was available for children with cancer.

During the visit, Rom was struck by the number of school-age children missing out on their vital education.  Several days later, Rom an I hosted a dinner at Kisumu’s Imperial Hotel, with a number of nurses, teachers and other community leaders, to discuss this challenge.  The result was the assignment of several FIOH volunteers and local teachers to provide a weekly program of education and play at the hospital.  Six years later, volunteers are still bringing light to children fighting cancer in Kisumu.

The following year, I returned to Kisumu with Dr. Brenda Gallie, with whom I co-founded Daisy’s Eye Cancer Fund (now World Eye Cancer Hope).  During a busy week we visited a family in their rural home to see for ourselves the challenges of caring for a child with eye cancer in extreme poverty.  Dr. Gallie also led an education session to a packed house at Nyanza Provincial Hospital – the Q&A session afterwards lasted nearly two hours.

On our fourth day in Kisumu, we led a community awareness event at Kibuye Church Hall.  Many people were attracted to the event by a promise of free food – a delicious spread prepared by members of the FIOH Women’s Credit Union Co-operative.  As many people attending the event spoke only the local language of Luo, or the national Swahili, our entire presentation was translated sentence-by-sentence into both languages.  Pausing after each sentence took some getting used to, but Rom and his colleague Robert were excellent and patient translators.  The community responded with great interest and enthusiasm to share their new knowledge of how white pupil in a child’s eye can be a sign of cancer.

The positive impact of that awareness event and the visit to Nyanza Provincial Hospital convinced us that we could create in Kenya successful local capacity to provide sustainable life saving care for children with eye cancer, and even sight-saving care.  Rom’s willingness to learn about retinoblastoma, to come with me to the hospital and to help us lead Kenya’s first public awareness campaign, led to the foundation of Daisy’s Eye Cancer Fund Kenya, just one year later.

Rom was a joy to work with.  I will treasure memories of long conversational walks during which we set the world to rights, late night brainstorming sessions and ventures deep into the bush to meet the many rural communities who have been lifted up by FIOH programs.  I will especially cherish his instant willingness to help us take the first uncertain steps towards helping Africa’s children with retinoblastoma.

Rom was just 51 when he died from a stroke last weekend.  His family has lost a great husband, father, son and brother.  We have all lost a wonderful friend, but so long as FIOH and the Kenya National Retinoblastoma Strategy continue to thrive, Rom’s spirit will not pass away.  He was, and will continue to be a bright star for peace, humanity and hope, guiding the creation of a happy, healthy future for thousands of precious children. 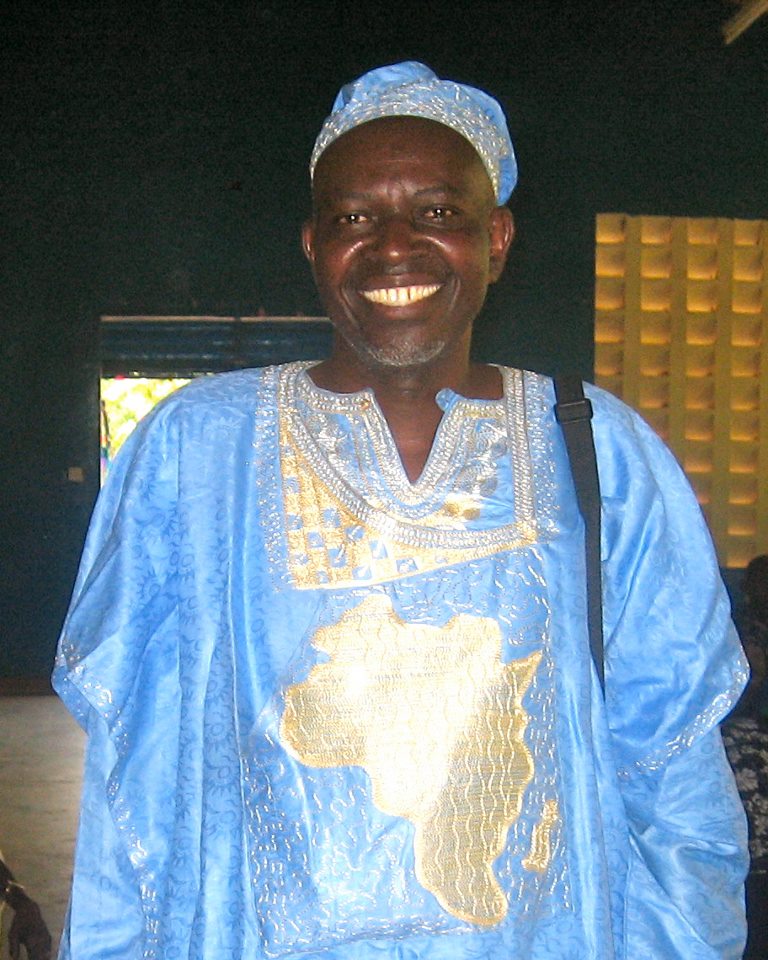