This process helps the medical team and patient families define potential for cure and eye salvage before treatment begins, and identify the best treatment options. 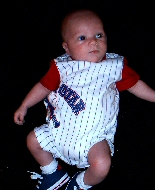 Any feature of a higher stage determines the eye stage. This reduces risk of eye loss or life threatening relapse due to under-staging.

Several different systems are used to stage retinoblastoma.  The three most common are discussed below.

Several different systems are used to stage retinoblastoma. The three most widely used systems are described below.  You can download a complete copy of each.

The first staging for retinoblastoma was developed in the 1960s by Dr. Algernon Reese and Dr. Robert Ellsworth, who led the first focused center for this cancer, in New York.  Graded 1a to 5b, the Reese-Ellsworth Classification predicted outcome from treatment with external beam radiotherapy, the primary therapy to save vision at that time.  However, many years later, radiotherapy was recognized to have high risk to induce other cancers, so is now only used as a last resort.  So the Reese-Ellsworth Classification not a good predictor of outcome with today’s therapies.

TNM is developed, updated, and monitored for accurate use, by the American Joint Commission on Cancer and the Union for International Cancer Control (AJCC/UICC).  Each type of cancer has unique features to determine TNM staging.

TNMH stages T1a to T3 are for intraocular cancer.  N records presence or absence of cancer in lymph nodes.  M records the presence of distant metastasis.

This system was developed internationally with leadership of Dr. Ashwin Mallipatna, paediatric ophthalmologist.  TNM has been validated through an international survey of 1728 eyes affected by retinoblastoma.  Each eye was staged using TNMH and the older staging systems, according to diagnostic features, and treatment outcome data were assessed.  TNMH was found to better predict outcome for the child’s life and each eye, than any of the older systems.

Thus TNMH stage predicts life and eye outcome when the patient is treated with chemotherapy and laser/cryotherapy, the most widely used primary eye salvage treatments today.

Retinoblastoma is the first cancer to incorporate heritability (TNMH) into the staging system.  This was introduced with Version 8, published in 2016.

When both eyes are affected, each eye is staged independently.  Stage for a bilaterally affected child is based on the worst affected eye, as an indicator of risk to the child’s life.

Comparing TNM and the IIRC

TNMH for retinoblastoma is new, so we show the equivalent stages for TNMH and the International Intraocular Retinoblastoma Classification.  TNMH has now superseded the IIRC as the most accurate system to indicate disease within each eye, predict life and eye outcome, and determine appropriate treatment.

The following can be used as a guide when comparing TNM and IIRC.

So long as cancer is contained in the eye and treated appropriately, and both eyes receive regular, frequent examinations, risk to the child’s life is minimized.

Understanding and assessing the appropriateness of modern therapies is a vital part of decision making for families and doctors. This is only possible once each eye has been staged using a system designed to predict outcome from such therapies.

Ask your child’s doctor which system is being used, and what your child’s staging means in terms of potential to save sight and risk to life.