Parents, survivors and their primary doctors should be aware of the risks for second primary cancers.

Below are symptoms of the most common second cancers linked with a constitutional RB1 mutation and retinoblastoma treatment.

See your doctor promptly if you have any unexplained symptoms that persist for more than 1-2 weeks. If your primary doctor is unable to help, contact your long term follow up oncologist or the doctor who treated your retinoblastoma. 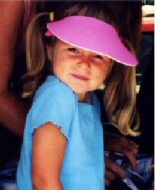 Symptoms depend on the cancer’s location, but include:

Look for changes in the size, shape or colour of a mole or freckle. Warning signs include:

Symptoms vary widely. They arise because the tumour puts pressure on the brain, or because it disrupts function of the structures where it is located.

Symptoms of increased pressure are:

See your doctor if any of these symptoms persist for more than a week.

Symptoms caused by location include:

Symptoms of these two conditions are the same. Most occur due to damaged bone marrow. The main symptoms are: