Globally, about 1 in 15,000 children develop retinoblastoma, and we estimate 8,600 – 9,000 children are newly affected each year.  Due to global population distribution, 90% of these children live in developing countries.

The number of children with retinoblastoma is increasing.  This is not an increase in incidence, but a result of the growing global population and decreasing infant mortality in many developing countries. 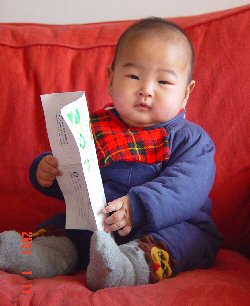 Some people believe eye cancer in children is more common in Equatorial regions.  However, equatorial countries generally have larger, younger populations and higher birth rates than other regions of the world.

The proportion of Spain’s population aged under 15 is only 15%, compared with 26% in Argentina.   More children in Argentina are aged under 5 years, resulting in more cases of retinoblastoma.  The cancer still affects around 1 in 15,000 live births in both countries.

In some developing countries, retinoblastoma accounts for more than 10% of diagnosed cancers in children under 15 years, compared to just 3% in developed countries.  This is partly due to differing demographics (as in the example above).  In developing countries, many children with more common childhood cancers, such as leukaemia and brain tumours, are believed to die before they reach diagnosis or specialist care.  This causes retinoblastoma to appear more common than in the developed world.

Only a small proportion of children with retinoblastoma in developing countries are seen at hospitals that keep records of cancer diagnoses.  Where registers do exist, many cases of retinoblastoma are excluded for reasons such as lack of pathological diagnosis or treatment by ophthalmology or neurology – rather than oncology.

As a result, global statistical data about retinoblastoma is inconsistent and incomplete, and we don’t have comprehensive knowledge about diagnosis, treatment and survival of this cancer around the world.

We have forecast how many children develop retinoblastoma in each country.  Our estimates are calculated from population, birth rate and infant mortality data, and an average discovery rate of 1 in 15,000 live births.  When compared with data from well established tumour registries, we find these figures are accurate.

For country specific data or a complete country by country listing of forecast Rb, please contact us.